'Detergent' Molecules May Be Driving Fluctuations in Atmospheric Methane Concentrations

During the early 2000s, environmental scientists studying methane emissions noticed something unexpected: the global concentrations of atmospheric methane (CH4)—which had increased for decades, driven by methane emissions from fossil fuels and agriculture—inexplicably leveled off.

The methane levels remained stable for a few years, then started rising again in 2007. Previous studies have suggested a variety of potential culprits behind the renewed rise: increasing emissions from high-latitude wetlands, increasing fossil fuel emissions, or the growth of agriculture in Asia.

However, new modeling by researchers at Caltech and Harvard University suggests that methane emissions might not have increased dramatically in 2007 after all. Instead, the most likely explanation has less to do with methane emissions and more to do with changes in the availability of the hydroxyl (OH) radical, which breaks down methane in the atmosphere. As such, the amount of hydroxyl in the atmosphere governs the amount of methane. If global levels of hydroxyl decrease, global methane concentrations will increase—even if methane emissions remain constant, the researchers say.

Methane is the second most prevalent greenhouse gas, after carbon dioxide. However, the colorless, odorless gas can be difficult to track and derives from a wide range of sources, from decomposing biological material to leaks in natural gas pipelines.

When atmospheric concentrations of methane increase, it may not be correct to chalk it up solely to an increase in methane emissions, says Caltech's Christian Frankenberg, co-corresponding author of a study on the decadal trends of methane concentrations that was published the week of April 17 in the early online edition of the Proceedings of the National Academy of Sciences.

"Think of the atmosphere like a kitchen sink with the faucet running," Frankenberg explains. "When the water level inside the sink rises, that can mean that you've opened up the faucet more. Or it can mean that the drain is blocking up. You have to look at both."

In this analogy, hydroxyl represents part of the draining mechanism in the sink. Hydroxyl is the neutral form of the negatively charged hydroxide molecule (OH−). It is described as a "radical" because it is highly reactive and, as such, acts like a detergent in the atmosphere, breaking down methane into oxygen and water vapor.

Tracking decadal trends in both methane and hydroxyl, Frankenberg and his colleagues noted that fluctuations in hydroxyl concentrations correlated strongly with fluctuations in methane.

However, the authors do not yet have a mechanistic explanation for the last decade's global changes in hydroxyl concentrations. Future studies are needed to investigate this further, Frankenberg says. The researchers also would like to see the trends they detected verified with a more detailed study of both methane sources and sinks.

"The tropics are the tricky part," Frankenberg says. "They're very complex in terms of methane emissions and destruction." Methane has the shortest lifetime in the tropics due to the large amounts of water vapor and radiation there. But because tropical areas are often remote and cloud-covered (thwarting satellite observation), they remain understudied, Frankenberg says.

The PNAS study is titled "Ambiguity in the causes for decadal trends in atmospheric methane and hydroxyl." Alexander Turner, graduate student at Harvard University, is the lead author. The co-authors are Christian Frankenberg and Paul Wennberg from Caltech, and Daniel Jacob from Harvard. This research was funded by the Department of Energy and a NASA Carbon Monitoring System grant. 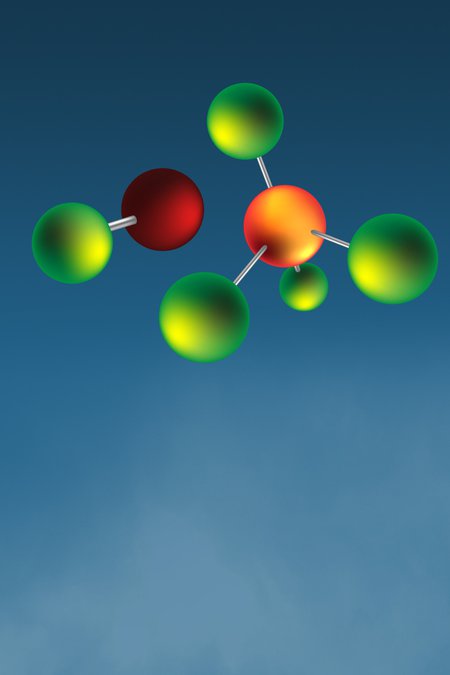 An illustration of hydroxyl and methane atoms Hydroxyl Helps Regulate the Amount of Methane in the Atmosphere Credit: Caltech
Image Lightbox 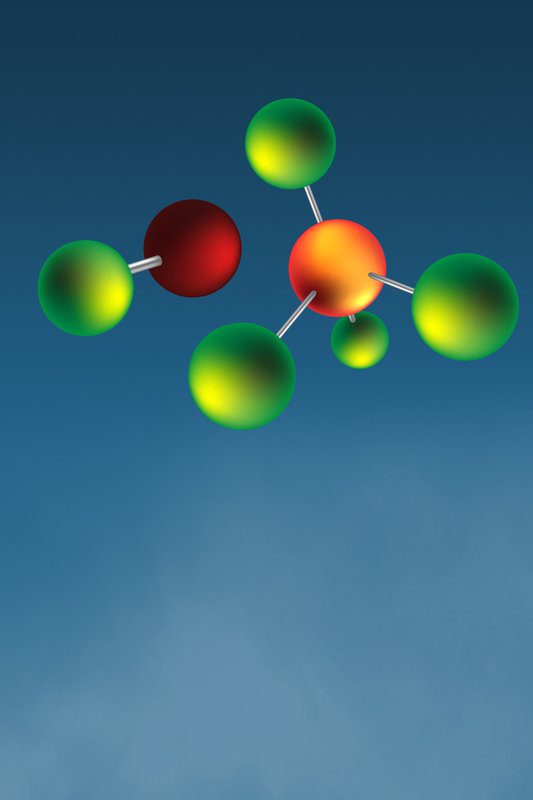