PASADENA–Nitrous oxide (N2O) is an atmospheric gas known to contribute both to global warming and ozone depletion. New research suggests that its changing concentration in the atmosphere is largely a result of biological activity.

In the December 5 issue of the journal Science, Yuk Yung of the California Institute of Technology and Charles Miller of Caltech's Jet Propulsion Lab (now at the Haverford College Department of Chemistry) describe their work on isotopes of N2O, a greenhouse gas that is of increasing concern because its concentration in the atmosphere has been rising for several decades.

N2O is a molecule with two atoms of nitrogen and a single atom of oxygen. It is created in the decay of organic material, principally plants, but is also generated in the manufacture of nylon.

Scientists have known for years that N2O enters the nitrogen cycle, but the ultimate sources and sinks of the gas have been unclear. By contrast, carbon dioxide, another greenhouse gas, is known to be a direct consequence of industrial activity.

"Nitrous oxide is less important as a greenhouse molecule than carbon dioxide, and slightly less important than methane," says Yung, a professor of planetary science at Caltech. "But the concentrations have been increasing since good measurements began 20 years ago, and ice core samples in Greenland and Antarctica suggest that it has been increasing since the Industrial Revolution began."

Yung and Miller specifically looked at isotopes of nitrous oxide once it enters the stratosphere. Isotopes are variations of a chemical element that have the same number of protons (and thus the same atomic number), but a different number of neutrons. Thus, a 15N atom of nitrogen has its regular seven protons and seven neutrons, but an additional neutron as well.

A careful analysis of isotopic variations is an effective way of tracing substances to their sources. If the nitrogen-based fertilizer in agriculture has a known isotopic makeup and that same percentage is found in the stratosphere, for example, then it can be concluded that agricultural fertilization is a contributor.

Yung and Miller examined theoretically how isotopes of nitrous oxide interact with ultraviolet light energy. They predict that, as N2O is destroyed by light, heavier isotopes survive preferentially because molecules comprising slightly heavier isotopes require a bit more energy for the atoms to separate.

From their theory and related atmospheric measurements presented in the same issue by researchers at the Scripps Institution of Oceanography and the University of California at San Diego, Yung and Miller conclude that new chemical sources do not need to be introduced to account for the isotopic concentrations that are indeed observed in the stratosphere.

Thus, sources such as the decay of plant life and the burning of rainforests and other biomass burning can account for the signatures that are seen. Experimental verification of the predictions is now under way in the laser spectroscopy lab of Caltech cosmochemist Geoff Blake.

Understanding the sources can give society a better grip on the possibilities of dealing with the problem, Yung says.

"I think the most reasonable explanation for the increase is that we are accelerating biological activity globally," he says. "Because of global warming, the use of agricultural fertilizers, and nitrogen made from pollution that acts just like a fertilizer, the biosphere has been stimulated. This fosters the growth/decay cycle which leads to N2O release."

The next step for the researchers is to pin down the precise isotopic signatures of various biological and atmospheric processes. But there may be little that can realistically or politically be done if biology on a planetary scale is responsible, Geoff Blake says.

"We may just have to live with it. 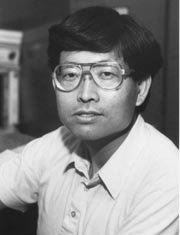