The study's target, Psyche, is the destination of an upcoming NASA mission

A close examination of the millimeter-wavelength emissions from the asteroid Psyche, which NASA intends to visit in 2026, has produced the first temperature map of the object, providing new insight into its surface properties. The findings, described in a paper published in Planetary Science Journal (PSJ) on August 5, are a step toward resolving the mystery of the origin of this unusual object, which has been thought by some to be a chunk of the core of an ill-fated protoplanet.

Psyche orbits the sun in the asteroid belt, a donut-shaped region of space between Earth and Jupiter that contains more than a million rocky bodies that range in size from 10 meters to 946 kilometers in diameter.

With a diameter of more than 200 km, Psyche is the largest of the M-Type asteroids, an enigmatic class of asteroids that are thought to be metal rich and therefore potentially may be fragments of the cores of proto-planets that broke up as the solar system formed.

"The early solar system was a violent place, as planetary bodies coalesced and then collided with one another while settling into orbits around the sun," says Caltech's Katherine de Kleer, assistant professor of planetary science and astronomy and lead author of the PSJ article. "We think that fragments of the cores, mantles, and crusts of these objects remain today in the form of asteroids. If that's true, it gives us our only real opportunity to directly study the cores of planet-like objects." 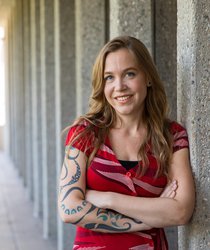 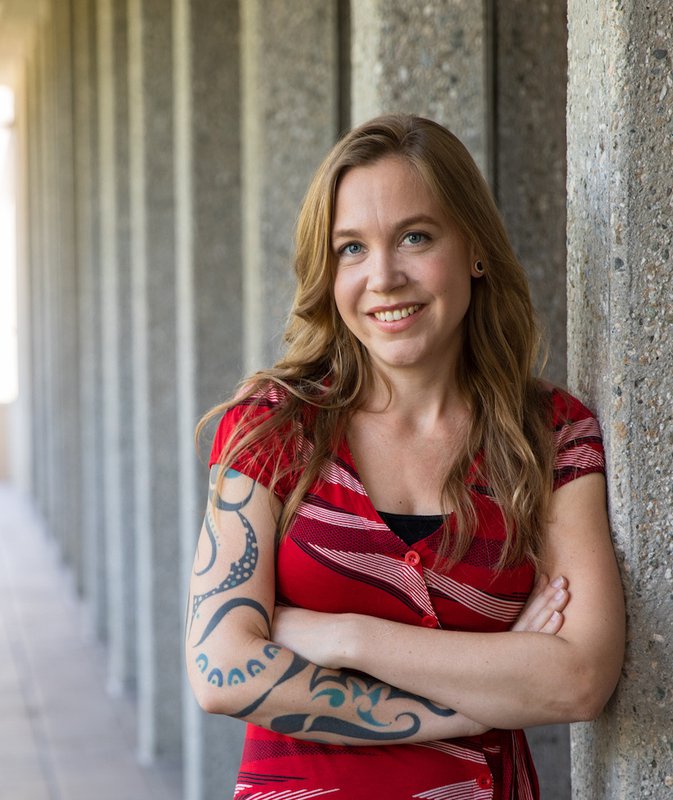 Studying such relatively tiny objects that are so far away from Earth (Psyche drifts at a distance that ranges between 179.5 and 329 million km from Earth) poses a significant challenge to planetary scientists, which is why NASA plans to send a probe to Psyche to examine it up close. Typically, thermal observations from Earth—which measure the light emitted by an object itself rather than light from the sun reflected off of that object—are in infrared wavelengths and can produce only 1-pixel images of asteroids. That one pixel does, however, reveal a lot of information; for example, it can be used to study the asteroid's thermal inertia, or how fast it heats up in sunlight and cools down in darkness.

"Low thermal inertia is typically associated with layers of dust, while high thermal inertia may indicate rocks on the surface," says Caltech's Saverio Cambioni, postdoctoral scholar in planetary science and co-author of the PSJ article. "However, discerning one type of landscape from the other is difficult." Data from viewing each surface location at many times of day provide much more detail, leading to an interpretation that is subject to less ambiguity, and which provide a more reliable prediction of landscape type prior to a spacecraft's arrival.

De Kleer and Cambioni, together with co-author Michael Shepard of Bloomsburg University in Pennsylvania, took advantage of the Atacama Large Millimeter/submillimeter Array (ALMA) in Chile, which became fully operational in 2013, to obtain such data. The array of 66 radio telescopes enabled the team to map the thermal emissions from Psyche's entire surface at a resolution of 30 km (where each pixel is 30 km by 30 km) and generate an image of the asteroid composed of about 50 pixels.

Millimeter-wavelength emissions reveal the temperature of the asteroid Psyche as it rotates through space.
Image Lightbox

Millimeter-wavelength emissions reveal the temperature of the asteroid Psyche as it rotates through space.
Download Full Image

This was possible because ALMA observed Psyche at millimeter wavelengths, which are longer (ranging from 1 to 10 millimeters) than the infrared wavelengths (typically between 5 and 30 microns). The use of longer wavelengths allowed the researchers to combine the data collected from the 66 telescopes to create a much larger effective telescope; the larger a telescope, the higher the resolution of the images it produces.

The study confirmed that Psyche's thermal inertia is high compared to that of a typical asteroid, indicating that Psyche has an unusually dense or conductive surface. When de Kleer, Cambioni, and Shepard analyzed the data, they also found that Psyche's thermal emission—the amount of heat it radiates—is just 60 percent of what would be expected from a typical surface with that thermal inertia. Because surface emission is affected by the presence of metal on the surface, their finding indicates that Psyche's surface is no less than 30 percent metal. An analysis of the polarization of the emission helped the researchers to roughly determine what form that metal takes. A smooth solid surface emits well-organized polarized light; the light emitted by Psyche, however, was scattered, suggesting that rocks on the surface are peppered with metallic grains.

"We've known for many years that objects in this class are not, in fact, solid metal, but what they are and how they formed is still an enigma," de Kleer says. The findings reinforce alternative proposals for Psyche's surface composition, including that Psyche could be a primitive asteroid that formed closer to the sun than it is today instead of a core of a fragmented protoplanet.

The techniques described in this study provide a new perspective on asteroid surface compositions. The team is now expanding its scope to apply these techniques to other large objects in the asteroid belt.

The study was enabled by a related project by the team led by Michael Shepard at Bloomsburg University that utilized de Kleer's data in combination with data from other telescopes, including Arecibo Observatory in Puerto Rico, to pin down the size, shape, and orientation of Psyche. That in turn allowed the researchers to determine which pixels that had been captured actually represented the asteroid's surface. Shepard's team was scheduled to observe Psyche again at the end of 2020, but damage from cable failures shut the telescope down before the observations could be made.

The paper is titled "The Surface of (16) Psyche from Thermal Emission and Polarization Mapping."